This is a little tool that lets you make some queries against specific cast and crew members. 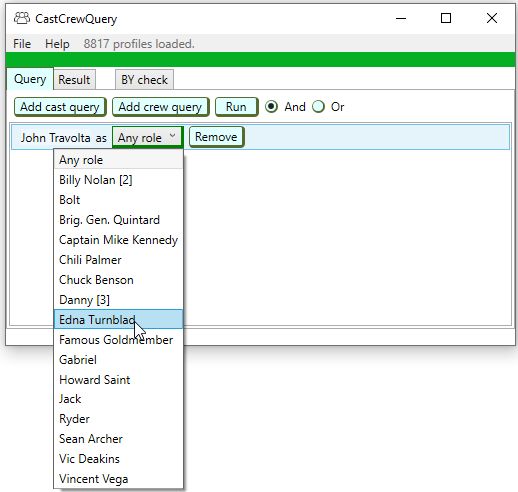 For cast you can specify a specific role, or chose "Any role".

For crew you can select a specific function, or "Any crew function".

With "Any role" for Travolta and "Director" for Woo, the result will be this:

You can use the cast query to test your knowledge of the movies in your collection. For example, in what movie did John Travolta play Edna Turnblad? The answer? "Hairspray"

A number after the role name indicates that the role has been found twice. So does "Danny [3]" mean that I have three copies of Grease? No, only two (DVD and Bluray). But Travolta actually plays a totally different Danny in another movie, "The Devil's Rain".

You can get CastCrewQuery 1.2.1 here.